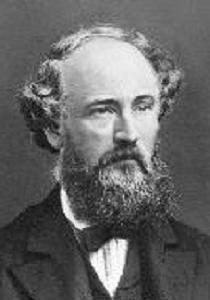 James Eliphalet McMillan
James Eliphalet McMillan was born on Monday, 25 July 1825 at Niagara-on-the-Lake, Lincoln Co., Ontario, Canada. At the age of 14 (c. 1839), he was indentured to the printing business, serving his five years between the Palladium and the Commercial News in Toronto. In 1844 he removed to Galt to take charge of the Dumfries Courier and was foreman there for a year. He went to Oshawa where he conducted the Christian Luminary, the organ of the sect called the Christian denomination. He and Louisa Hore, daughter of Jacob Hore and Elizabeth Luke, were married by Reverend Mr. Thornton on Saturday, 6 February 1847 at Whitby, Ontario Co., Ontario, Canada. The notice states they were both from Oshawa.